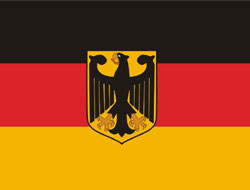 German shipowners are unhappy with a government decision to limit the coverage of the country?s tonnage tax system.

The German ministry of finance has limited the fees for ship management under the tonnage tax to 4% of the gross freight income.

German shipowners are unhappy with a government decision to limit the coverage of the country"s tonnage tax system.

The German ministry of finance has limited the fees for ship management under the tonnage tax to 4% of the gross freight income.

?We believe this is not justified,? said Hans-Heinrich Nöll, general secretary of Germany"s shipowners" association VDR.

?As this change does not endanger the substance of the tonnage tax regulation there is no reason for us to back off from the promised reflagging. At least the ministry did not realise its original plan of setting a 3% limit.?

Mr. Noll said that changes to the framework would have a devastating impact on its credibility and might affect investors in the long-term.

He made his remarks when welcoming the Conti newbuilding, CMA CGM Vela, the largest container vessel under German flag.

Mr. Nöll used the opportunity to underline the industry"s reliability when it comes to reflagging. In return owners expected reliability from the government. Constant discussions on the general framework, mainly concerning the tonnage tax system, must end, Mr Nöll said.

In 2006 owners promised the government that the number of German flagged merchant vessels would have climbed to 500 by the end of this year.

?We will achieve that goal,? Mr Nöll said.

For a large vessel like the 11,000 teu CMA CGM Vela, with proportionally small ship management expenses, the new rules carry less weight than for smaller vessels.

?Germany is not a tax haven,? Mr. Nöll said. He added that the systems within the European countries had the same results.

?There is no inter-European competition.?

Another 100 vessels will be reflagged by the end of 2010 if the economic situation allows it, Mr. Nöll said.
?The industry feels the financial crisis, but in the long term globalisation is not at an end. The prospects are good.?

Mr. Nöll also said there was no danger that the shortage of suitable masters will prevent reflagging.

?If there are really not enough masters available there is the possibility to employ masters from other countries.?

The CMA CGM Vela was built at Korea"s Daewoo Shipbuilding. The 347 m vessel is owned by Conti Reederei and is managed by Germany"s largest ship manager NSB Niederelbe. It will trade for CMA CGM between Europe and Asia.

This news is a total 1561 time has been read