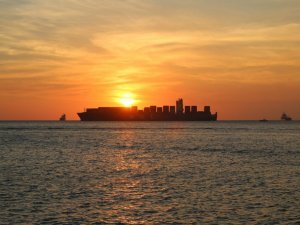 As informed, the company intends to establish three new divisions and integrate its two tanker divisions to achieve synergy.

In addition, the Japanese shipping company plans to form ferry and associated business division as an organization for reinforcing group business management with abolishing the new & clean energy business division.

What is more, the company will create new roles including a chief environment and sustainability officer and a chief digital officer.

The announcement coincided with the company’s financial results for the third quarter of the fiscal year ending March 31, 2020, showing that MOL delivered a net income of JPY 22.8 billion (USD 209.6 million), an increase compared to JPY 14.3 billion seen in Q3 FY2018.

Specifically, the energy transport business recorded a higher profit, thanks to a favorable tanker market and an increase in profit from long-term contracts for LNG carriers. Furthermore, the containership business, ONE, which marks the second year since its integration, showed a significant improvement.

As explained, revenue dropped due to the negation of MOL’s non-consolidated revenue for the containership business which was included in the results for the same period of the previous year.

This news is a total 594 time has been read
Tags: earnings, MOL, Restructuring.