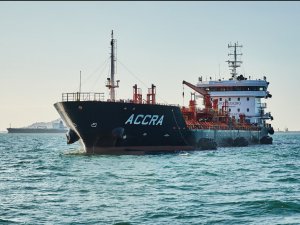 Danish bunker company Monjasa reported an improved business performance on the back of the sulphur cap regulation that entered into force on January 1, 2020, marking a global transition of ships to cleaner fuels.

The company said that its volumes were up by 10 per cent reaching 4.5 million metric tons (mts) driven primarily by greater demand from the Americas. The demand saw a 35% increase from the region reaching a total of 1,150,000 mts.

To remind, back in August 2019, Monjasa acquired five bunker tankers to meet the increasing demand for compliant fuels ahead of IMO 2020.

The company marked its first ship-to-ship supply of compliant fuels from its Vinga Safir vessel shortly after that while supplying VLSFO and MGO 0.1% to vessels in the English Channel.

“For Monjasa, this much-anticipated shift to the more environmentally friendly marine fuels meant that our role of matching supply and demand with logistical solutions, became a critical factor across the shipping industry,” Group CEO, Anders Østergaard commented.

” Through extensive preparations together with our business partners, including suppliers, our oil terminals and fleet operations, Monjasa ended up strongly positioned to respond to a highly volatile market. ”

During the year, Monjasa increased the overall credit facilities by an additional $ 160 million, set to be used for developing of Monjasa’s global activities in and beyond 2020.

“With consolidated group equity increasing to $ 135 million and a high solvency ratio of 29%, Monjasa is positioned among the world’s most robust marine fuel suppliers,” Monjasa said.

“Given the unfolding global Covid-19 health situation, 2020 will be another demanding year for most global industries, including the maritime. “

Confirming its solid position among the world’s top-10 marine fuel suppliers in 2019, Monjasa said it was confident about the outlook for 2020.

The Danish company has a fleet of 19 tankers, 2 oil terminals and office locations in Europe, the Americas, the Middle East & Africa and Southeast Asia.

The transition of the global shipping industry to compliant fuels has been fairly smooth with some concerns being raised with regard to the quality of the new blends and some marginal breaches of the regulation being reported.

However, the implementation of the sulphur cap and its enforcement have been overshadowed by the impact of the COVID-19 pandemic on the global shipping industry.

Specifically, port authorities and global economies are more concerned with keeping the freight going than checking compliance especially on the back of growing delays of retrofitting projects at shipyards in Asia. among other things.

Furthermore, the price spread between compliant fuels and HSFO has also dropped due to the oil price war putting more strain on scrubber investments.

Therefore, the shipping industry would have to weather the perfect storm ahead before a more in-depth analysis on the implementation of the sulphur cap can be made.

This news is a total 17178 time has been read
Tags: Monjasa reaps fruit from IMO 2020 preparations

Up to 30 nations threaten to walk away from IMO’s emissions meet-upIt’s been an especially fractious week at the International Maritime Organization (IMO) as debate rages on how best to improve shipping’s carbon footprint.

IMO tech troubles continue as website goes downThe International Maritime Organization (IMO) has been fighting this morning to get its website back online with the portal of the United Nations agency suffering regular outages. Nations forge hybrid compromise as GHG debate heats up ahead of MEPCChastened by the European Union forging ahead with its own plans to include shipping into the bloc’s carbon trading scheme, a host of leading maritime nations have ditched their differences and come up with a compromise, hybrid of short-term measures to c IMO site back up while CMA CGM struggles to get back onlineCMA CGM’s eBusiness website remains down one week on from a ransomware attack, while the website of the United Nations agency, the International Maritime Organization (IMO), is back up and running, having been the victim of a cyber attack on Wednesday.