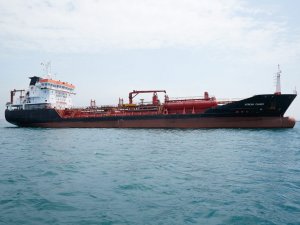 The STS operation was carried out by the company’s tanker African Runner on October 21, 2019, and involved the supply of a total of 200mts VLSFO.

The company is currently enabling the IMO 2020 transition by making new low-sulphur marine fuel available across the West African region.

In line with this, Monjasa has opened its first office in Luanda, Angola, in an effort to support its West Africa oil and shipping activities. To support the new office location, the Monjasa-owned 5,815 dwt tanker African Chaser, to be renamed Monjasa Chaser, is now deployed as fixed tanker in Angolan territorial waters.

Monjasa started supplying bunkers across West Africa in 2009 and since then, it has delivered a total of 10.6 million tonnes of fuel products across the region from the Gulf of Guinea to Namibia. Currently, a fleet of ten Monjasa tankers is deployed in the region.

“As an example, we are currently making IMO 2020 compliant fuel timely available across the region and we have just completed the first supplies in the Gulf of Guinea,” he added.