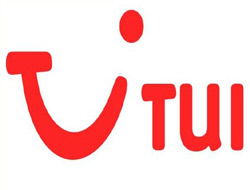 TUI AG, the German tour operator planning to shed its Hapag-Lloyd shipping line, said investor Alexei Mordashov doubled his stake to 10 per cent as the Russian billionaire supports the company's focus on travel.

TUI AG, the German tour operator planning to shed its Hapag-Lloyd shipping line, said investor Alexei Mordashov doubled his stake to 10 per cent as the Russian billionaire supports the company's focus on travel.

Mr Mordashov and his related companies held 10.03 per cent of the Hanover-based company as of April 4, Hanover, Germany-based TUI and the investor said in separate statements. Mr Mordashov's S- Group holding previously disclosed a 5 per cent stake. The 42-year-old Mordashov, who controls Russia's largest steel company, OAO Severstal, said on Wednesday that he's 'very pleased' with his TUI investment and opposes any changes to its supervisory board. Chief executive officer Michael Frenzel gave in to two years of investor pressure last month and announced the Hapag split.

'Mordashov is staying for TUI's tourism business,' Martina Noss, an analyst at Norddeutsche Landesbank in Hanover with a 'hold' rating on the stock, said by telephone. 'He'll support TUI in its expansion plans in Russia.' Mr Mordashov was ranked the world's No 18 billionaire by Forbes magazine last year, with assets worth over US$21 billion. His S-Group company considers investments ranging from high technology to 'strategic partnerships with international conglomerates in Russia', according to Wednesday's statement.

Analysts have said Mr Mordashov may push TUI to make Russia a destination market for Western tourists, as well as a source of customers. The nation hosts the Winter Olympics in 2014. Mr Frenzel said on March 6 that TUI may make acquisitions in Russia as local demand for package tours increases. The company's nearest competitor, Thomas Cook Group Plc, last week said it aims to buy a Russian competitor this year.

Mr Frenzel created TUI after starting the transformation of former steelmaker Preussag AG a decade ago. He turned to shipping after profit from travel lagged, and had insisted container transport revenue smoothed out volatile tourism sales. The shares barely rose from 2003 to 2005 and sank 12 per cent in 2006 as a glut of ships drove down global shipping rates.

The CEO said last month he'd consider merging Hapag with another shipper, with TUI retaining a stake in the business. A spin-off would be 'complex' and take more than a year, he said.

This news is a total 1354 time has been read