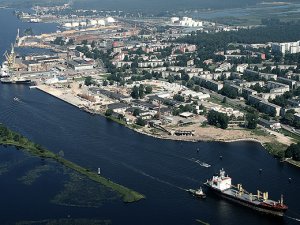 Overall, 23.73 million tons were handled in the dry bulk segment in 2014 that is by 10% or 2.16 million tons more than during the previous reporting period.

7.07 million tons were handled in the general cargo segment, which is by 4.3% more than in 2013. Container transshipment increased by 6.1% and reached 4.15 million tons.

Last year, the Port of Riga welcomed almost 738 thousand passengers, which is by almost 12% less than in 2013. Passenger volume drop can be attributed to reduction of Tallink scheduled voyages in summer 2014.

“We have proved that the Port of Riga is a safe business partner, that is able to change with the times. Economic benefits and cargo security have always been and are the main concerns of our clients – therefore our investment into the port infrastructure and client-oriented approach was justified,” said Ameriks.