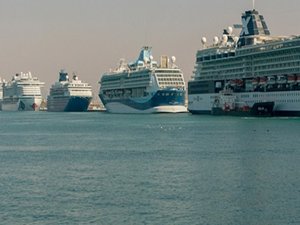 Some of the larger markets for cruising are working aggressively to support the return of tourism while emerging markets are also taking steps to show their support for the cruise business.

As the first cruise ships have begun to return to service, more regions around the world are moving to encourage the return of cruising in their jurisdictions. Some of the larger markets for cruising are working aggressively to support the return of tourism while emerging markets are also taking steps to show their support for the cruise business.

Seeking to recapture the strength of the tourism industry, Dubai recently hosted a conference for the cruise lines and other parties in the industry to announce it is ready for the 2020-2021 cruise season that would typically begin in early October. P&O Marinas, a DP World Company that operates the cruise port, hosted the virtual workshop, in collaboration with the Department of Tourism and Commerce Marketing (Dubai Tourism) and Emirates Airline, to discuss the resumption of the cruise season in Dubai.

The message to the cruise industry is that Dubai is “open for business and looking forward to receiving tourists for the new cruise season by the fall.”

“The cruise sector in Dubai has always shown great potential and the sustainable year-on-year growth that we have achieved is due to the continued support of our partners such as DP World, GDRFA, and Emirates,” said H.E Helal Saeed Almarri, Director General of Dubai Tourism. “Since the reopening of the city to tourists on July 7, we are encouraged by the response and continue to welcome visitors to the city. We expect to see cruise ships bringing tourists back to Dubai once all the relevant protocols are in place. Dubai Tourism has also put together an impressive excursion itinerary as part of efforts to position the city as the cruise tourism destination of choice for international cruise travelers.”

The participants highlighted efforts undertaken in Dubai to support the return of tourists to the region. Adnan Kazim, Chief Commercial Officer at Emirates Airline said the airline would further increasing its service from Europe in September to support to return of cruise passengers. Dubai also committed itself to the release of a draft safety protocol for the cruise industry.

Among the cruise lines that participated in the event were Carnival Cruise Lines, MSC Cruises, TUI Cruise Lines, Aida Cruises and Costa Cruises. Each of the companies had previously based cruise ships in Dubai. So far, however, none of the cruise lines have announced specific plans for the resumption of their cruises in the region.

Among the emerging cruise destinations, India also announced efforts designed to encourage the growth of cruising in its ports. The Shipping Ministry said that it will cut fees to produce a net reduction by two-thirds or more of the costs charged cruise ships docking in India’s ports. The ministry announced both revised port charges based on gross tonnage and a passenger head tax. They also committed the ports not to charge additional fees including berth hire, port dues, pilotage, or a passenger fee.

Citing the nearly 600 cruise ship calls in 2019-2020, the ministry said the actions were both ensure the cruise industry did not vanish during the pandemic and to support the long-term growth of cruising in India’s ports. India also recently announced that is was permitting cruising to resume in October and Jalesh Cruises, India’s one cruise line operating a large ocean-going cruise ship announced plans to resume sailing in November 2020.

This news is a total 2189 time has been read
Tags: More Destinations Encourage Return of Cruising

COVID-19 Restrictions Cause Postponement of Cruises to GreeceWith Greece taking actions to control a resurgence of COVID-19 and more travel restrictions being placed on people returning from Greece, MSC Cruises announced today that it has decided to postpone for a month the company’s planned cruises to Greece.