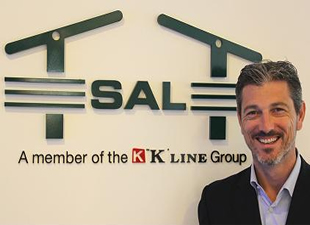 Cargo volume increases seen in 2014 are seen by most owners as the start of trend growth and 2015 for some time has pointed to better utilisation factors across MPV/Project carrier fleets. That said, it is hard to say whether or not the oil price shock will have a sting in its tail. The oil and gas industry is laying off people across the board – staff and contractors alike. Project deferments have started.

Downgrading of global growth by the various financial agencies of the world has in most of 2014 been a regular feature of their commentary. Today they are saying that the oil price correction may be the fillip that has been needed to ignite growth. Whatever the truth, uncertainty remains as the only constant and will in my view continue to dampen investment in capital projects and ships in the MPV/Project carrier segment.

Oversupply has been a considerable factor in this segment for some time. Year 2015 with its uncertainties is unlikely to be a catalyst year for significant newbuild orders which is a good thing.

A further difficulty that shipowners face will be in freight rates. As cargo volumes have trended upwards, the fall in the oil price has meant lower bunker costs for owners. This has brought a welcome margin against current market freight rates. However, unwelcome is the pressure to return this to charterers in the form of lower freight rates and those in the chase for volume are ready to negotiate with it.

So it is entirely possible that if the bunker rates stay in the same general area for a sustained period, freight rates will certainly flat-line, possibly even fall even as cargo volumes increase.

Year 2015 will as well I think see further M+A activity, particularly with owners who are generally trampers in nature and with smaller fleets. Recent years have seen a marked increase in fleet size among the project carriers. When price and position are the key attributes to working spot markets, smaller fleets are particularly disadvantaged. Continuing low freight rates will eventually persuade some – either of their own volition or coerced by the banks – to find pooling partners to maximise the potential of their vessels.

At the very top end of heavy lift, three new ships will be present in the market. Even as few in numbers as this presents a measureable shift in the supply and demand principal. Few pure play heavy lifts are forecast for 2015 and owners will find themselves having to take work for these vessels that they were not necessarily designed for.

This said it isn’t all bad news. Sentiment is lifting and this forms a driver in its own right. Technical project work will continue as pure play heavy lift vessels extend their range of abilities utilising their capacities and operating structures onshore to develop techniques in diversified markets.

I think in 2015, the fleets that remain focused on their core business, manage costs yet remain flexible will ride out what I believe will be the last of the difficult years.

This news is a total 1601 time has been read
Tags: Justin Archard, Director, Asia, Pasific