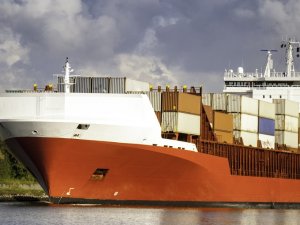 Norway-based shipowner MPC Container Ships (MPCC) revealed that the scrubber retrofitting and commissioning for the first three of its vessels has been completed.

As World Maritime News already reported, the company would equip a total of ten ships with exhaust gas cleaning systems. The retrofitting program is scheduled to be completed during the second half of this year.

Additionally, the company said it inked charter contracts for eight out of ten boxships to be equipped with scrubbers. The charters were concluded with unnamed operators for periods of 2 to 3 years “at attractive base rates plus a savings sharing mechanism”, according to MPC Container Ships.

Apart from the ten vessels that will feature scrubbers, 58 of the company’s containerships would be operated on compliant fuel, MPCC added.

In preparation for the IMO 2020 sulphur cap, MPC Container Ships recently joined the Trident Alliance, a coalition of shipping owners and operators who share a common interest in effective and transparent enforcement of global sulphur regulations.

“Joining the Trident Alliance allows us to align our company with an important network of like-minded industry peers, and support industry-wide calls for effective and transparent enforcement around the world,” Constantin Baack, CEO of MPCC, commented.

This news is a total 408 time has been read
Tags: MPC Container Ships, Scrubber.