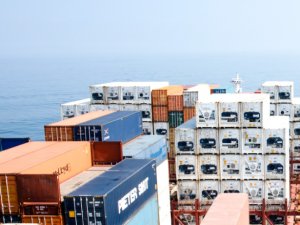 The company said that the net proceeds would be used “to pursue future investments opportunities, hereunder acquiring additional vessels.”

Fearnley Securities AS has acted as sole lead manager and bookrunner of the private placement, which was completed at a subscription price of NOK 43 per share.

Completion of the transaction is subject to approval by an extraordinary general meeting, expected to be held on or about June 19, 2017.

Following registration of the share capital increase pertaining the private placement with the Norwegian Register of Business Enterprises, the company will have a share capital of NOK 350,030,000 divided into 35,003,000 shares, each with a nominal value of NOK 10.

In late May, MPC Container Ships took delivery of the 2003-built sister ships Carpathia and Cordelia, which were bought in a batch of seven ships for USD 38 million.

Besides the seven container ships purchased in May, featuring capacities ranging between 966 TEU and 2,824 TEU, MPC Container Ships has agreed to add six more vessels to its fleet.

This news is a total 720 time has been read
Tags: MPC Container Ships Collects USD 75 Mn for More Vessels