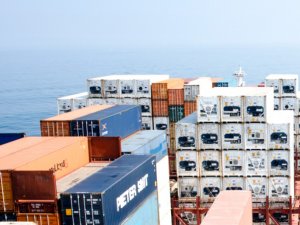 MPC Container Ships AS, the recently established subsidiary of MPC Capital AG, has acquired seven container ships with capacities ranging between 966 TEU and 2,824 TEU for USD 38 million, and has agreed to add six more vessels to its fleet.

Five of the vessels have already been taken over, and the remaining two are scheduled for delivery by the end of June 2017.

With the exception of the currently docked AS Laetitia, all ships are chartered out to liner companies at or above current market rates and employments between 6 to 24 months, MPC Container Ships said.

Ahrenkiel Steamship is the technical manager of six vessels, AS Fortuna will be managed by a third party ship manager.

With regards to further acquisitions, the company has agreed on terms and conditions to acquire one 1,200 TEU, one 2,500 TEU and four 2,800 TEU vessels.

After completion of these transactions, including working capital and docking cost, around USD 80 million of the USD 100 million raised at the end of April will have been invested, the company said.

Further vessel transactions are already under negotiation, according to the Oslo-based company.

This news is a total 880 time has been read
Tags: MPC Container Ships Starts a Shopping Spree