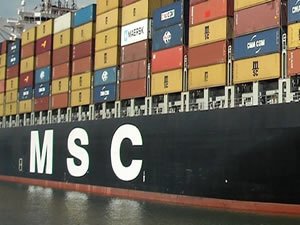 Swiss-headquartered containerline Mediterranean Shipping Company (MSC) continues to snap up boxships in the secondhand market according to Alphaliner, acquiring eight vessels in the past three weeks as container shipping rates continue to surge.

According to Alphaliner’s latest report, MSC has bought the 2001-built 2,764 teu Westermoor from German owner Hans Peterson which is currently on charter to Hapag-Lloyd.

The vessels are on charter to ONE and MSC respectively. MSC is also reported to have bought the 2003-built 1,683 teu Borealis-controlled Bomar Vanquish and Bomar Valour.

The Bomar Vanquish is already on charter to MSC while the Bomar Valour is operated by Maersk.

Additionally, MSC is understood to have purchased the 1,730 teu 1998-built Miro and 2002-built Spero from Oslo-based Atlantica Shipping and the 1996-built 1,122 teu Boundary from Jebsen Shipping Partners.

VesselsValue data shows MSC acquired a total of 20 boxships in the year of 2020, and analysts Sea-Intelligence suggested in a recent report that MSC might soon overtake Maersk as the world’s largest carrier.