MSC Cruises: Our Ship Was Turned Away Based on Fears, not Facts 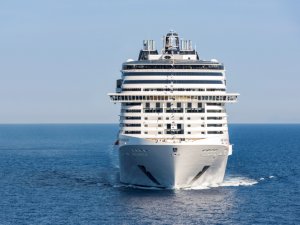 After MSC Meraviglia was denied port access Jamaica and Cayman Islands earlier this week, MSC Cruises, owner and operator of the vessel, said the ship was effectively turned away simply based on fears, not facts.

To remind, the cruise ship with over 4,500 passengers on board and over 1,600 crew members was denied port access and disembarkation amid coronavirus precaution measures.

Specifically, after determining that a crew member had been put in isolation on board after reporting symptoms of influenza, the port authorities decided not to clear the ship for docking and disembarkation as it was feared the person might be infected with the coronavirus.

“MSC is extremely disappointed that Jamaican authorities delayed a decision for many hours to give our ship the necessary clearance to disembark guests, despite us having provided detailed medical records to the local health and national authorities ahead of its arrival as per normal protocol,” the company said in a statement to World Maritime News.

“Similarly, the decision taken overnight by the Grand Cayman authorities to refuse disembarkation at Georgetown was made without even reviewing the ship’s medical records, which show one single case of common seasonal flu (type A influenza) affecting one crew member with a travel history clearly showing no passages through territories either affected by COVID-19 (Coronavirus) or subject to any international health restrictions.”

The crew member, who is from the Philippines, had travelled to Miami from Manila, via direct connection in Istanbul. He developed symptoms of common flu and tested positive to type A influenza after he visited the ship’s 24/7 Medical Centre while already on board, MSC Cruises said.

The company added that the crewmember, who was diagnosed with common seasonal flu was in a stable condition, receiving anti-viral treatment and medication, and is now free of fever and nearly recovered.

“Out of precaution, he was isolated from other crew members and guests from the moment that he showed symptoms and will remain so until he is fully recovered. No other cases of type A influenza have been reported on board MSC Meraviglia,” MSC Cruises added.

“Moreover, no cases of COVID-19 virus (Coronavirus) have been reported on board MSC Meraviglia or any other ship in MSC Cruises’ fleet.”

MSC Meraviglia returned to sea heading for Cozumel, Mexico, the ship’s next scheduled port of call.

The cruise giant said on Wednesday that the ship’s command and company’s management were in contact with local health authorities to ensure that their decision will be based on a factual review of the ship’s medical records, as well as consideration for the pre-embarkation screening and on board medical and deep sanitation protocols.

In an update issued early this morning, the company confirmed it was received approval from Mexico to enter into port.

As part of its own precautionary measures aimed at curbing the potential spread of the virus on its ships and avoiding the Diamond Princess scenarion, MSC Meraviglia’s guests and crew are screened individually upon embarkation, both in terms of their travel history as well as their health.

MSC, like many other cruise operators, is denying boarding to anyone from high-risk areas like China, mainland China, Hong Kong or Macau and towns in central-northern Italy.

In addition to this, all MSC Cruises ships also conduct individual pre-boarding screening by thermal cameras to identify guests or crew members with signs or symptoms of illness such as fever (≥38 C°/100.4 F°) or feverishness, chills, cough or difficulty breathing. This also results in denied embarkation.

This news is a total 1617 time has been read
Tags: coronavirus, MSC Meraviglia.