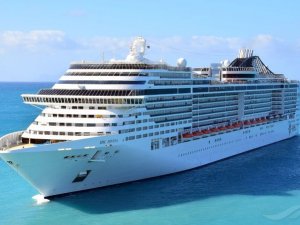 The first ship is expected to be delivered in May 2021 and the second in February 2023. With the addition of these new ships, MSC Cruises now has plans in place for up to ten new ships to be built by 2026.

The 339m long vessels, which are being built by Italian shipbuilder Fincantieri, will offer 2,280 cabins on board, as well as a larger deck and yacht club than their predecessors. As with the existing Seaside class ships, the new ships will be equipped with the very best state-of-the-art environmental technology, ranging from recycling and waste management systems meeting the very highest industry standards to the latest generation of energy-saving devices among others.

Lindsey commented: “I’m delighted to have advised MSC Cruises once again on a transaction that represents a major step forward in the unprecedented and ongoing growth of their fleet, especially given the high environmental standards to which the new vessels comply. This deal also demonstrates the continued strength of the cruise industry”.

This news is a total 855 time has been read
Tags: MSC Cruises Pact for USD 1.7bln Loan for New Seaside EVO Ships