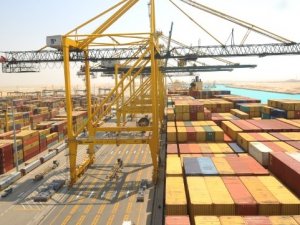 The disruption that the COVID-19 pandemic has created for Asia-Europe trade, number-two ocean carrier MSC announced Tuesday that it is setting up temporary staging sites for containers that would otherwise be delayed in EU seaports upon delivery.

Signs of supply-side recovery have begun to emerge in Asia, but the major EU ports of destination may still not be ready to discharge containers, MSC said.

MSC says that its new “Suspension of Transit” (SOT) program allows goods to be shipped close to their destination - but not all the way - in advance of renewed customer demand. In addition to the advantage of speed-to-market when the European economy rebounds, the new SOT program is intended to help shippers avoid high warehousing storage costs, demurrage and per-diem at EU ports of discharge. It also allows shippers to free up space at the point of the cargo's origin (Asian factories and warehouses) and keep down onsite inventory. For EU destination ports, it may reduce the risk of congestion and overcrowding at terminal storage yards.

A similar strategy was employed in East Asia in February, when China-bound boxes were staged in Busan, South Korea to await the resumption of normal operations at Chinese seaports. Busan will also figure in MSC's new service, along with Bremerhaven, King Abdullah Port in Saudi Arabia, Lome in Togo, Rodman PSA Panama International Terminal in Panama, and Tekirdag Asyaport in Turkey.

MSC and Maersk recently implemented deep cuts to their Asia-Europe service network, suspending two full rotations (AE2 and AE20) for the full second quarter. According to Danish maritime consultancy Sea-Intelligence, this action alone reduced capacity on the core Asia-EU trade lane by one fifth. Maersk has also separately announced cuts to the AE1 rotation, and MSC has left the door open for further reductions.

This news is a total 356 time has been read
Tags: blank sailings, coronavirus, SeaIntel.msc, pandemic