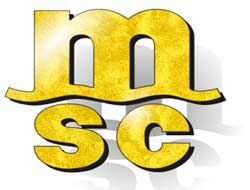 After a temporary stop from the end of January, MSC (Mediterranean Shipping Company, Geneva) has announced it will resume its direct service to the port of Piraeus.

After a temporary stop from the end of January, MSC (Mediterranean Shipping Company, Geneva) has announced it will resume its direct service to the port of Piraeus.

The service is part of its Dragon Line, connecting ports of the Far East with Hellas" primary port. MSC"s service uses 12 container ships with a capacity of 8,000 ? 8,500 TEUs each. The line is making port calls at the ports of Dalian, Xingang, Pusan, Ningbo, Shanghai , Fuzhou, Yantian, Hong Kong, Chiwan and Singapore, thus covering the bulk of the industrial regions of North and South China, Korea and the whole of Southeast Asia.

MSC stated that the service towards the port of Piraeus, initially run through JADE line was temporarily stopped from the end of January of 2009, as a result of the port"s low productivity. The decision came as a result of the return to normal of the port"s container handling operations, after more than 15 months. Workers agreed to halt their continuous stoppages, strikes and labor disputes. As a result, customers are now serviced on a 24-hour basis on a 7-day a week basis. According to a relative announcement, OLP said that ?the port"s management and all the workers assure that they will continue their customer-based policy in a more effective way, in order to improve the quality of service providing, with an aim to a fast and safe service for people, ships and cargoes?.

While this development was hailed as the final resolve of a long dispute, it left the port with multiple wounds to heal. The port of Piraeus has lost customers to other ports, not to mention the loss of its credibility and fame in the market. Those two factors especially, are likely to prove rather difficult to reclaim, amid the current economic crisis, which has plagued the container market. At a period when other competing ports of the region have been actively undertaking initiatives to attract lines and customers, Piraeus was busy trying to service even those few who still preferred its business. Other ports have been upgrading their infrastructure, when Piraeus port was looking to cope with the dockworkers" denial to work overtime or weekends, not to mention 24 and 48-hour strikes at least once a month.

The shipping company"s decision to bring back its direct calls in Piraeus is bringing happy news to the country"s import/export industry, reinforcing its connections with the markets of Northern Europe, as well as other ports in Hellas, like Heraclion and Volos. Earlier, another container line, ZIM, had announced that the ZCS service between the Mediterranean and North America would resume the direct weekly call at Piraeus. The service was renewed by operating 15 x 5,000 TEU vessels. The first vessel will be the Zim Panama 27W ETA Piraeus May 17th. The updated rotation will be as follows:

This news is a total 1008 time has been read