MSC to Use 30 Pct Biofuel Blends on Its Ships 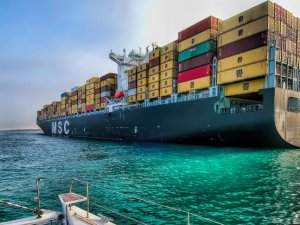 The ships using biofuel will be calling in Rotterdam, the Netherlands.

“The potential CO2 reduction in the bio component of these fuels could reach 80-90%, which we will monitor and confirm over time,” he added.

As part of its preparations for the compliance with the IMO 2020 sulphur cap, MSC said it will combine the use of Exhaust Gas Cleaning Systems (ECGS) with the low-sulphur fuel and biofuels. The company revealed that it was also looking into the potential of other technologies including hydrogen fuel cells, complementary battery power and, possibly, wind and solar.

“MSC is on a well-defined pathway to meet the 2030 IMO level of ambition for CO2 emissions intensity reduction. The great challenge which remains for container shipping this century is how to decarbonise and meet the UN IMO’s future emissions goals beyond 2030. While we are fully supporting these more distant targets, this will not be achievable without some major breakthroughs in fuel and propulsion technologies,” Darr said.

The commitment to biofuel comes as MSC is called out as one of the EU’s top 10 polluters by the Brussels-based environmental NGO Transport & Environment.

“The Mediterranean Shipping Company’s (MSC) fleet, which moves consumer goods, ranging from electronics and fresh fruit to clothes and toys, was responsible for about 11 million tonnes (Mt) of CO2 emissions in 2018. Transport & Environment’s (T&E) analysis of the data shows that MSC would be the 8th biggest emitter in the bloc if shipping was part of the EU’s emissions trading system,” the NGO said citing a new study.

“Ships sailing to and from Europe emitted more than 139 million tonnes of CO2 last year – meaning that if shipping were a country it would be the EU’s 8th biggest emitter after the Netherlands.”

According to the study findings, emissions from ships carrying goods to and from France were larger than the CO2 from all the cars in the 10 largest French cities and the Grand Est region combined. Furthermore, the study found that shipping emissions are so big that in five countries, including the Netherlands, Belgium and Norway, the sector emitted as much CO2 as all the cars nationally.

The new European Commission president President Ursula von der Leyen has committed to bringing international shipping emissions under the bloc’s emissions trading system (ETS) to help make Europe carbon neutral as part of the activities in the European Green Deal. This is due to the mounting pressure from the public to include the global shipping and aviation industries in global efforts to reduce greenhouse gas emissions and have them cut their fair share of emissions.

European Commission President has made climate action a top priority for the Commission, making a European Green Deal one of the headline ambitions for Europe for the next five years, setting out the need to accelerate action to enable Europe to become the world’s first climate-neutral continent.

T&E said this was an essential first step to rein in the sector’s climate impact. But additional measures, including a CO2 standard for how much ships can emit while in operation, will also be needed to accelerate the uptake of zero-carbon fuels and technologies.

This news is a total 647 time has been read
Tags: IMO 2020, Marine Biofuels, MSC, Transport & Environment.