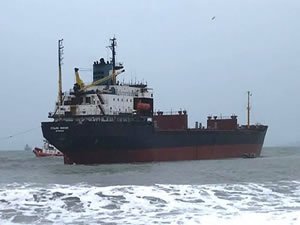 Murmansk Shipping Company has been officially declared bankrupt by a local arbitration court in Russia this week, bringing to a close an 81-year chapter in Arctic maritime history.

Bankruptcy proceedings will be carried out through to the end of March led by a court-appointed manager.

Splash has reported on the decline of the line a great deal over the past three years with many legal proceedings taking place to try and recoup money from the company.

Murmansk Shipping Company can trace its roots back to 1939.

It was privatised after the collapse of the Soviet Union in the 1990s.

The company has struggled to find business in recent years as new Arctic entrants have come on the scene.

VesselsValue lists the Russian company with a fleet of 19 ships made up mainly of small bulk carriers.

This news is a total 2844 time has been read
Tags: Murmansk Shipping Company declared bankrupt