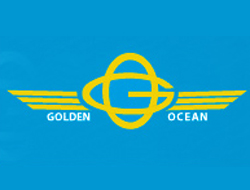 Golden Ocean Group Limited announced that the Panamax M/V Bellflower was delivered to the Buyers in accordance with the revised sale terms.

Golden Ocean Group Limited announced that the Panamax M/V Bellflower was delivered to the Buyers in accordance with the revised sale terms.

Golden Ocean Group Limited is pleased to announce that the Panamax M/V Bellflower was successfully delivered to the Buyers in accordance with the revised sale terms. $40 million was paid in cash at delivery while $10 million will be paid over a seven years period. The "seller's credit" is secured by a second priority mortgage on the vessel.

The sale will have a marginal positive effect in the profit and loss statements in the current quarter, as the majority of the profit will be taken over the same period as the "seller's credit" period. More importantly, the sale has increased the Company's net liquidity with $18 million including the declaration of the purchase option on the vessel. The cash will be used to strengthen the working capital and to reduce short term debt.

The Company has also taken delivery of the third Capesize (M/V Golden Feng) from Daehan Shipbuilding during the last weeks. The vessel has been delivered to its charter and has commenced on a five year time charter contract at $48.000 per day.

The Company is making good progress in the discussions with its banks, creditors and shipyards and the Board expects that a proposed restructuring of Golden Ocean can be presented before March 31, 2009. There is however no assurance that such a basis for restructuring will be accepted by all relevant parties. The Board is hopeful that a final restructuring of Golden Ocean can be completed with an injection of less than $100 million in new equity. The main shareholder, Hemen Holding Ltd. has indicated a potential interest to subscribe to its part of the equity issue. The proposed solution will if accepted by all parties substantially reduce Golden Ocean's outstanding debt and commitments, and make Golden Ocean into a profitable and financial robust company well protected against any further market downside. It is an important target for the Board that creditor's interests are protected in the best possible way and that the current shareholders will retain significant upside in vessel values and market rates if market improves from current levels.

This news is a total 969 time has been read