MyFerryLink Gets a Lifeline 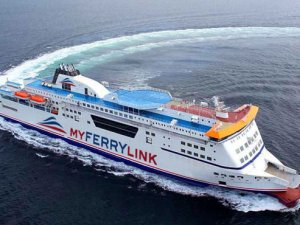 The decision now gives MyFerryLink the opportunity to overturn the earlier decision of the Competition Appeal Tribunal which sought to upholdthe CMA’s decision.

Groupe Eurotunnel’s ferry operator MyFerryLink has won permission from the U.K.’s Court of Appeal to contest the Competition and Markets Authority’s (CMA) 10-year ban from operating cross-channel sailings between Dover and Calais.

The decision now gives MyFerryLink the opportunity to overturn the earlier decision of the Competition Appeal Tribunal which sought to uphold
the CMA’s decision.

According to CMA’s original ruling, Eurotunnel’s acquisition of SeaFrance back in June 2012 constituted a merger, and not a mere purchase of ships.

However, Eurotunnel says that it ”acquired the assets of the defunct company, SeaFrance, in June 2012 following an open and public process.” The company subcontracted the operation of the ferries Rodin, Berlioz and Nord-Pas-de-Calais to an independent company, the SCOP SeaFrance, according to a statement issued by the company.

‘The decision to grant permission to appeal reflects the strength of our arguments, in particular to examine why the Tribunal did not see fit to quash the Remittal Decision given the fact that it had found a number of errors in that decision,” the ferry operator said in a statement.
A hearing is likely to take place at the Court of Appeal in London before March 13. In the meantime, MyFerryLink will continue to operate services between Dover and Calais.