Nabucco's partners are in talks with 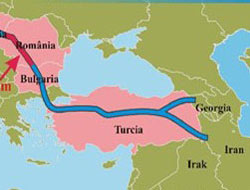 Turkey and its partners in the planned Nabucco natural-gas pipeline are in talks with RWE AG on Germany's second-biggest utility joining the project, Turkish Energy Minister Hilmi Guler said.

Nabucco's Partners Are in Talks With RWE, Turkey Says

Turkey and its partners in the planned Nabucco natural-gas pipeline are in talks with RWE AG on Germany's second-biggest utility joining the project, Turkish Energy Minister Hilmi Guler said.

''We are considering including the German company RWE,'' Guler said today in a live interview with CNN Turk television. Nabucco said that it had reached a commercial agreement with a new partner, without identifying the company.

The five companies participating in Nabucco may pick one or more additional partners to join the project, Managing Director Reinhard Mitschek said last year. That may help them secure financing and customers for the 5 billion-euro ($7.4 billion) pipeline, scheduled to start operations in 2012.

''We welcome the positive indication,'' RWE spokeswoman Annett Urbaczka said today by telephone. ''We still haven't received any final decision,'' she said, declining to comment on when a decision may be made.

RWE and Gaz de France SA are vying to join the plan to ship gas over 3,300 kilometers (2,050 miles) between the Caspian Sea region and western Europe, helping the European Union reduce its energy dependence on Russia.

''Commercially, we have reached an agreement with the sixth partner, and everything is on track here,'' Mitschek said by phone from Vienna today. ``Now, we're going through the formal approval process, and we expect to have that finished in the course of the first quarter.'' 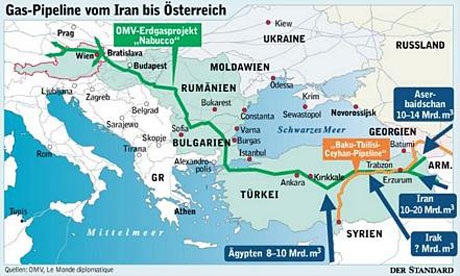 This news is a total 1345 time has been read