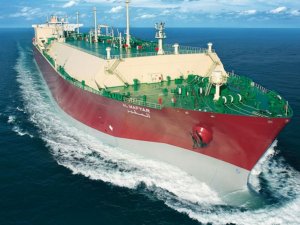 The company’s robust financial performance was primarily attributed to the performance of the management of its LNG and LPG vessels, as well as strategic acquisitions.

Namely, Nakilat secured additional revenues from the two additional LNG carriers, one Floating Storage Regasification Unit (FSRU) acquired in 2018 and the acquisition of the remaining 49.9% of four Q-Flexs on October 2019.

“Nakilat has come a long way in its brief 15-year operating history to become a formidable global shipping and maritime company. Bolstered by more favourable market conditions and our own implementation of business diversification and resource optimization strategies, we have stayed true to our mission to create value for our shareholders while elevating the business to new heights,” Dr. Mohammed Bin Saleh Al Sada, Chairman of Nakilat’s Board of Directors, said.

“The result of our efforts is clearly tangible from our stellar financial performance in 2019, thanks to our employees and seafarers’ valuable efforts and contributions towards this accomplishment,” Eng. Abdullah Fadhalah Al Sulaiti, Chief Executive Officer (CEO) of Nakilat, said.

Nakilat has a fleet of 74 vessels, comprising 69 LNG carriers, including four newbuilds, 4 LPG carriers, and one FSRU.

This news is a total 781 time has been read
Tags: Nakilat.