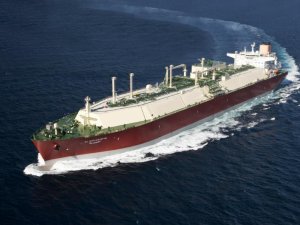 Two ballast tanks aboard the 121,946 dwt liquefied natural gas (LNG) carrier Al Khattiya were breached with a loss of some ballast water after the ship was hit by an oil tanker on February 23 off Fujairah, United Arab Emirates.

The vessel’s manager Shell International Trading and Shipping Company Ltd (Stasco) said that the incident did not cause any injuries or pollution from Al Khattiya.

Additionally, the company informed that cargo tank pressures are stable indicating that there is no loss of LNG containment from the cargo tanks.

At the time of the incident the 2009-built carrier, owned by Qatar-based shipping firm Nakilat, was at anchor after it previously discharged its cargo.

“Al Khattiya is stable and remains at anchor while further checks take place. These will include detailed inspections,” a representative from the company said, adding that Shell has mobilised its emergency response team and is in contact with the vessel’s owner and relevant authorities.

The other vessel involved in the collision is the oil tanker Jag Laadki, operated by India’s Great Eastern Shipping company. The extent of the damage from the incident aboard the oil tanker is currently unknown.

This news is a total 1415 time has been read
Tags: Nakilat LNG Carrier Hit by Oil Tanker off Fujairah