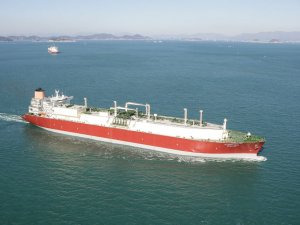 The transition is part of the planned and phased transition announced in October 2016, which will see 25 LNG vessels previously managed by Shell moved to Nakilat’s mangement.

These include fourteen Q-Max and eleven Q-Flex LNG carriers.

With a cargo carrying capacity of 210,200 cubic meters, Al Sheehaniya is wholly-owned by Nakilat and chartered by Qatargas. The vessel, built in South Korea by Daewoo Shipbuilding & Marine Engineering, was delivered in February 2009 and has been in service ever since.

Al Sheehaniya is the ninth wholly-owned LNG vessel that will come under the management of Nakilat Shipping Qatar (NSQL), bringing the total number of vessels managed by NSQL to 17, comprising of 13 LNG and 4 LPG carriers.

This news is a total 831 time has been read
Tags: Nakilat Takes Ninth LNG Carrier In-House