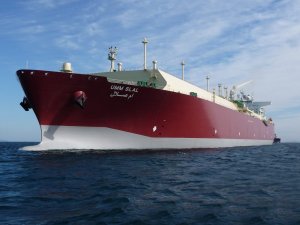 Umm Slal is the third Q-Max vessel that will come under the management of Nakilat Shipping Qatar Ltd. (NSQL) this year, bringing the total number of vessels managed by NSQL to 11, comprising of 7 LNG and 4 LPG carriers.

Is it also the third ship to be taken over as part of the planned and phased transition agreed in October 2016.

With a cargo carrying capacity of 265,978 cubic meters, Umm Slal is wholly-owned by Nakilat and chartered by Qatargas. Built in South Korea by Samsung Heavy Industries, the vessel was delivered in November 2008 and has been in service ever since, Nakilat said.

Mozah, the first Q-Max LNG carrier to be transitioned under the agreement, was taken over by Nakilat in late October, while the second LNG carrier under the deal, Mekaines, was transferred from STASCo in early November.

NSQL and Shell earlier agreed that a total of 25 LNG vessels will be transferred from Shell, including fourteen Q-Max and eleven Q-Flex LNG carriers.

Nakilat said that this transition, which will be conducted in three phases, will be “the world’s largest transition of an LNG fleet operation.”

This news is a total 3441 time has been read
Tags: Nakilat Takes Over 3rd LNG Carrier Management from Shell