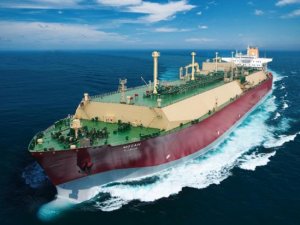 Nakilat said that the dip in profit was attributed to the effect of reducing estimated scrap value of vessels in accordance with applicable international accounting standards, in addition to the reduced operations of a few joint ventures, due to the current economic conditions in the global market.

The company’s revenue from the wholly-owned vessels for the Q1 2017 was also down from last year’s QR 759.9 million reaching QR 752.5 million. The share of results from Nakilat’s joint ventures recorded a bigger decrease standing at QR 83.8 million against QR 106.1 million. The total expenses for the quarter were QR 686.1 million.

However, the company noted that it maintained a stable operational performance and steady cash flow through its strategic long-term charter agreements with financially strong charterers.

“Despite the current economic downturn and market volatility, Nakilat has been continuously improving its operational activities which is demonstrated by the successful transition of two vessels in the first quarter of year 2017, bringing total vessels operated by Nakilat to 14 vessels to date,” Nakilat Managing Director Eng. Abdullah Fadhalah Al Sulaiti said.

The management of the vessels was transferred as part of the planned and phased transition agreed in October 2016 between NSQL and Shell.

Under the deal, the management of a total of 25 LNG vessels, including fourteen Q-Max and eleven Q-Flex LNG carriers, will be transitioned from Shell to NSQL.

This news is a total 808 time has been read
Tags: Nakilat’s Q1 Profit Down