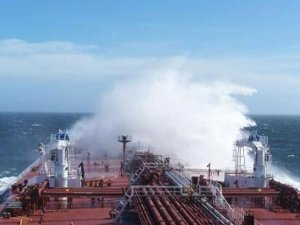 Improved rates and a drop in oil prices in the final quarter of 2014 helped Nordic American Tankers reduce the annual net loss to USD 10.2 million, an improvement compared to USD 105.4 million loss in 2013.

Tanker daily rates achieved on average USD 24,000 throughout the fourth quarter, as against USD 14,100 for the same period in 2013, which helped the company post USD 1.03 million net profit for the period. In the fourth quarter 2013, NAT posted USD 22.08 million loss.

NAT also has in place a non-amortizing credit facility of USD 430 m maturing in November 2017, of which USD 250 m has been drawn. Cash on hand is about USD 100 m. Net working capital and undrawn amounts of the credit facility amount to USD 332 m.

On December 19, NAT entered into an agreement for the construction of two Suezmax vessels for delivery in August 2016 and January 2017, bringing the fleet to 24 vessels. The total number of Suezmax tankers ordered last year is 58, with eight tankers scrapped.