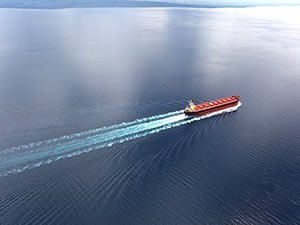 Chastened by the European Union forging ahead with its own plans to include shipping into the bloc’s carbon trading scheme, a host of leading maritime nations have ditched their differences and come up with a compromise, hybrid of short-term measures to c

The proposal will be discussed at next month’s virtual gathering of the Marine Environment Protection Committee (MEPC) at IMO.

The co-sponsors propose a combination of mandatory goal-based short-term measures where ships must comply with both operational and technical requirements on carbon intensity to achieve the levels of ambition in the initial IMO GHG strategy.

The proposal suggests using Japan’s EEXI mechanism as a basis with the SEEMP scheme to be used as a tool for managing energy efficiency in a similar way to the International Safety Management (ISM) Code.

The backers of the hybrid proposal also state that the CII ought to be calculated on the basis of data in the data collection system, to rate each ship according to how its CII relates to an agreed CII reference line, and classify the ship annually in a category (A,B,C,D or E) according to its annual attained CII.

Ships rated D or E would be subject to making urgent improvements.

The European Parliament voted on September 15 in favour of including greenhouse gas emissions from shipping in the European Union’s carbon market from 2022, potentially one of the biggest rule changes to hit the industry for years.

The decision has been widely criticised by a host of shipping organisations who fear the plan would make for a regionalisation of shipping regulations.

This news is a total 36199 time has been read
Tags: Nations forge hybrid compromise as GHG debate heats up ahead of MEPC