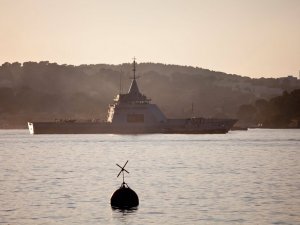 French shipbuilder Naval Group started training the first crew of the future Argentine Navy OPV A.R.A Bouchard. Bouchard is the former L’Adroit which was produced by Naval Group on its own funds and used by the French Navy from 2011 to 2018.

The crew consisting of 32 sailors will be trained over a period of 2 months. The vessel is set for delivery in mid-December. After which, the vessel will sail to its homeport: Mar del Plata in Argentina.

The Argentine Navy OPV program came into effect on February 14th 2019 and is being carried out by Kership, a joint company formed by Piriou and Naval Group. It calls for the construction of three new units and the refurbishment of the OPV L’Adroit.