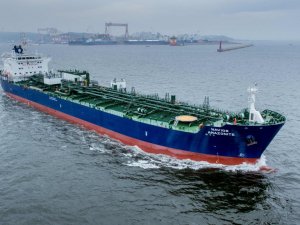 BNP Paribas and Crédit Agricole Corporate and Investment Bank are providing debt financing to SBI in connection with the transaction, the company said.

Under the agreements, the vessels will be purchased by SBI from the company on their respective deliveries from Fukuoka.

Navig8 Chemical Tankers added that it has secured ten and half year bareboat charters for the tankers, commencing at the time of their deliveries.

The company has purchase options to re-acquire the vessels during the charter period, with the first such option exercisable on or around the fifth anniversary of each delivery.

As disclosed, the net proceeds from the transaction to the company will be USD 74 million.

In connection with the above arrangements, BNPP and CA-CIB will also provide debt financing of up to USD 22,940,000 to reimburse the company in respect of pre-delivery instalments already paid to Fukuoka for the newbuildings. The chemical tanker owner added that the pre-delivery financing will be repaid upon the delivery of the vessels.

The company signed the first sale and leaseback deal with SBI’s subsidiaries in September, 2016 for two 25,000 DWT chemical tankers being built by Kitanihon Shipbuilding, under the same terms.

The company entered into 11-year bareboat charters for the vessels, commencing at the time of their deliveries.  The net proceeds from the transaction are expected to reach USD 74 million.

Listed on the Norwegian OTC market, Navig8 Chemical Tankers was established in 2013 as a joint venture between the Navig8 Group and funds managed by Oaktree Capital Management L.P. It has taken delivery of 30 chemical carriers to date and anticipates delivery of its full 32-vessel fleet by mid-2017.

This news is a total 857 time has been read
Tags: Navig8 Chemical Tankers Inks 2nd Sale and Leaseback Deal with SBI