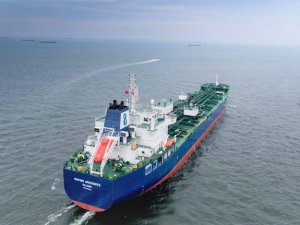 The ships in question are 2017-built Navig8 Saiph and Navig8 Sceptrum, and the expected net proceeds from the transaction are set at USD 66.84 million.

“A portion of the proceeds will be utilized to repay existing loans used to finance the vessels’ newbuilding contracts under the bank loan facility announced by the company on November 3, 2016,” the company said.

Navig8 Chemical Tankers has entered into 7-year bareboat charters with CMB for the vessels that will be sold and delivered to CMB.

The company has purchase options to re-acquire the vessels during the charter period, with the first such option exercisable on the third anniversary of the date of delivery of each vessel to CMB, and obligations to repurchase the vessels at the end of the bareboat period.

Navig8 has 31 chemical carriers delivered to its fleet and anticipates delivery of one more ship by mid-2017.

This news is a total 1723 time has been read
Tags: Navig8 Chemical Tankers Inks Sale & Leaseback Deals for Tanker Pair