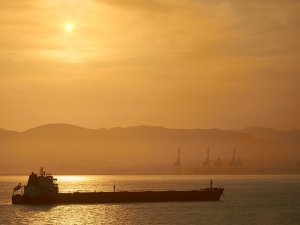 In April 2020, Navios Acquisition entered into indicative terms sheets for contemplated sale and leaseback arrangements with unrelated third parties in order to refinance $54 million outstanding on the existing facilities on four tankers.

As informed, the agreements will be repaid through periods ranging from four to seven years in consecutive quarterly installments of up to $1.9 million each, with a purchase obligation of $28.7 million to be repaid on the last repayment date.

“No assurance can be provided that definitive agreements will be executed or that the financing will be consummated in whole or in part,” Navios Acquisition explained.

The agreements were unveiled in Navios Acquisition’s Q1 2020 financial report showing a 26.9 per cent increase in the company’s revenue. Revenue stood at $97.9 million in the first quarter of this year, compared to $77.1 million seen in the same period a year earlier.

The rise was mainly attributable to an increase in revenue by $8.8 million due to the acquisition of five product tankers of Navios Europe I in December 2019 and an increase in market rates during the three-month period ended 31 March 2020 as compared to the same period of 2019; partially mitigated by the sale of three VLCCs in 2019.

On 21 April 2020, Navios Europe II agreed with the lender to fully release the liabilities under the junior participating loan facility for $5 million. Navios Europe II owns seven container vessels and seven dry bulk vessels. The structure is expected to be liquidated during the second quarter of 2020 and Navios Acquisition expects to receive cash and steel value. The company’s board of directors formed a special committee of independent and disinterested directors to consider and approve the liquidation. Vessels to be acquired will be held for sale, Navios Acquisition informed.

As of 30 April 2020, Navios Acquisition’s fleet consisted of a total of 46 vessels, of which thirteen are very large crude carriers, 31 are product tankers and two are chemical tankers.

This news is a total 536 time has been read
Tags: Navios Acquisition , sale and leaseback , tanker