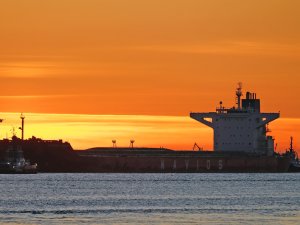 On November 22, 2019, an agreement was reached to liquidate Navios Europe I. The agreement is subject to definitive documentation which is expected to be completed by the end of 2019.

As of September 30, 2019, Navios Partners had a receivable of USD 48.2 million from Navios Europe I.

What is more, Navios Partners entered into a share purchase agreement for the acquisition of four dry bulk vessels from an entity affiliated with its Chairman and CEO for USD 37 million. The vessels are expected to be delivered to Navios Partners’ owned fleet by December 2019. Two of the bulkers were built at China’s Hudong Zhonghua Shipbuilding in 2005 and 2009, one ship at Tsuneishi Group in 2009 and one at Japanese Sanoyas Hishino Meisho Corp. in 2004.

The vessels are financed with a USD 37 million loan from a financial institution. The loan facility has no capital repayment until September 2020 and may be prepaid at any time without penalty, according to the company.

In addition, Navios Partners agreed to bareboat charter-in two newbuilding Kamsarmax vessels, one subject to completion of documentation. Each vessel has approximately 81,000 dwt and is being bareboat chartered-in for ten years. The vessels are expected to be delivered in each of the second and the third quarter of 2021.

Navios Partners has the option to acquire the vessels after the end of the fourth year for the remaining period of the bareboat charter, the company explained.

This news is a total 256 time has been read
Tags: Bulker, Containership, Navios Partners.