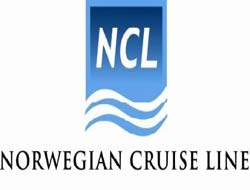 Norwegian Cruise Line says it will find work within the company for local employees affected by next year's deployment of the Pride of Hawaii.

Norwegian Cruise Line says it will find work within the company for local employees affected by next year's deployment of the Pride of Hawaii.

"We will offer jobs to all employees that want to continue to work with NCL," said Robert Kritzman, executive vice president in charge of the company's Hawaii operations.

Kritzman, who has managed Norwegian Cruise Line's NCL America division since the launch of the all-Hawaiian tours, specified Wednesday that this meant maintaining their employment without wage reductions.

NCL had said Tuesday it would offer all who had booked passage on the Pride of Hawaii beyond its redeployment date a $50 credit on another cruise or their money back.

The world's three largest cruise companies -- Carnival Corp., Royal Caribbean Cruises Ltd., and NCL parent Star Cruises -- have all been aggressively expanding capacity with big new cruise ships. All three have reported downward pricing pressure in the past year, not just in Hawaii but in the Caribbean and other areas as well.