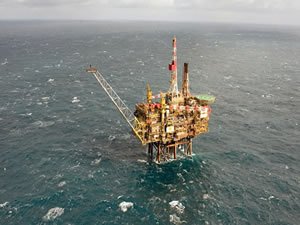 HitecVision and NEO said on Thursday that, if negotiations were successful, they are expected to result in a signed sales agreement in the first quarter, with close later in the year.

NEO Energy is backed by HitecVision, a provider of capital to the North Sea region’s energy industry. HitecVision has been investing in the region for more than three decades, building successful companies such as Vår Energi, currently the largest independent E&P company on the Norwegian continental shelf.

When it comes to ExxonMobil and its North Sea assets, the company’s website says it has an interest in nearly 40 producing offshore oil and gas fields in the North Sea.

Many of these fields are operated by Shell U.K. Exploration and Production as part of a joint operation.

ExxonMobil is responsible for approximately five per cent of UK oil and gas production, supplying the UK and international markets with an average of 80,000 barrels of oil and 441 million cubic feet of gas a day.

NEO Energy was also the buyer of Total’s UK North Sea assets in a deal which was completed in early August 2020.

The transaction consisted of a material, cash generative portfolio of assets in four producing areas of the UK North Sea, with an average 2019 production of approximately 23,000 boepd and substantial development upside.

In addition, the portfolio added reserves of around 51 mmboe to NEO Energy. The transaction included operatorship of two asset clusters, the Quad 15 and Flyndre areas, and an operator organisation of more than 60 employees and contractors.