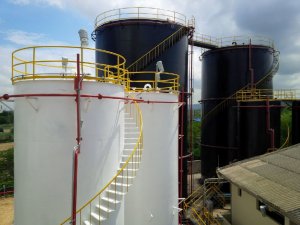 The product being offered is a fuel oil based product that is produced in the groups’ new 8000 bbl a day refinery in Cartagena Colombia.  The product has a low pour point, high flash point, low metals and viscosity similar to a 30 cst at 50c.

It can be used in slow, medium and high speed marine engines used in the marine transport trade, Bunkers International said.

The product is available in Cartagena by barge and throughout Colombian ports via truck delivery.

“We are very excited about this new product and its launch into the strategically important Caribbean and South American region, as a vast majority of the vessels calling Cartagena transit into North American ports or within the 224 mile boundary of the ECA”, said John Canal, CEO of Bunkers International.
“This product addresses the needs of ship owners who must meet the new ECA specification but would prefer not to use marine gasoil due to cost and operational issues.  The fuel is produced from a fuel‐oil base, giving it the characteristics of IFO, with the advantage of a 0.100 max sulphur.”