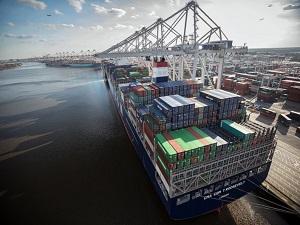 The Panama Canal closed its 2018 fiscal year with a record tonnage of 442.1 million Panama Canal tons (PC/UMS), a 9.5 percent increase from the previous year.

The main users during FY 2018 were the U.S., China, Mexico, Chile and Japan. 62.8 percent of the total cargo transiting the Canal has its origin or destination in the U.S. Earlier this year, the Panama Canal increased the total available booking slots to eight daily for its Neopanamax Locks.