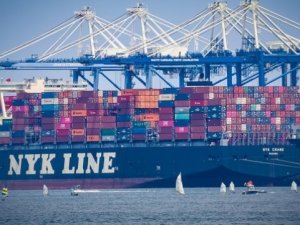 A&R Logistics, Inc. is expanding its operations to the U.S. East Coast by opening a new global export facility in Berkeley County, South Carolina. The facility is being developed in collaboration with South Carolina Ports Authority.

A&R has some of the largest chemical companies in the world as customers, and the new facility will be up to one million square feet and contain up to four high-speed, state-of-the-art packing lines for plastic resin.

The Port of Charleston will play a major role in A&R's East Coast strategy, as it attracts all of the major container lines, extending A&R customers' global reach to 150 countries.

South Carolina Ports Authority President and CEO Jim Newsome said: “A&R's state-of-the-art equipment will offer a variety of packaging and logistics solutions for the chemical industry, and the CSX rail-served site will bring the product to Port terminals - all of which enables A&R customers to ship products out of the Port of Charleston.”

Construction has commenced and the new facility is expected to be operational in the fourth quarter of 2020.

In June, construction commenced on an approximately 550,000 square-foot warehousing facility for Frontier Logistics. The facility will support the handling of plastic and resin exports from the Port of Charleston. With the port's synthetic resin exports growing by 55 percent since 2011, demand for facilities has increased.

South Carolina Ports Authority moved 110,025 containers in September, up 11.7 percent from the same month last year. SCPA’s two inland ports, located in the Upstate and Pee Dee regions of South Carolina, continue to see strong growth year-over-year as manufacturers and retailers benefit from the inland operations and overnight rail connections to the Port of Charleston. In 2021, the port will open the Hugh K. Leatherman Sr. Terminal in North Charleston and achieve a depth of 52 feet in Charleston Harbor.