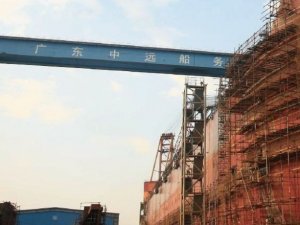 The new entity has integrated all the shipbuilding assets of Cosco Group and China Shipping Group becoming the nation’s third largest shipbuilding group, with a total annual shipbuilding capacity of 11.55m dwt, as well as significant repair capacity.

Liang Yanfeng, general manager of Cosco Shipyard, has been appointed as the head of CSHI.

Following the merger between Cosco and China Shipping to create the world’s largest shipping company, the enlarged group has gone through extensive structural reorganisation.

This news is a total 1073 time has been read
Tags: New Chinese shipbuilding conglomerate established