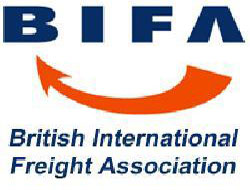 THE British International Freight Association (BIFA), the trade association for UK freight forwarders, has welcomed the end of liner conferences as ?a new era for shipping and trade liberalisation?.

THE British International Freight Association (BIFA), the trade association for UK freight forwarders, has welcomed the end of liner conferences as ?a new era for shipping and trade liberalisation?.

Under EU law conferences will no longer be permitted in any trades between the EU and the rest of the world from midnight tonight. BIFA has lobbied the EU Commission bilaterally and through its EU-level trade body, CLECAT, over a number of years, against conferences.

BIFA notes that shipping lines still have a set of EU Commission guidelines to work to, explaining how carriers may operate going forward. Also, consortia are still permitted (EC Council Regulation 823/2000 is currently under review).

However, henceforth it will be unlawful for shipping lines to fix freight rates, any additional charges (CAF and BAF), or capacity on a collective basis.

BIFA warns: ?Lines will also have to be very careful about what information they exchange with one another or risk litigation with competition authorities which can, in certain circumstances, conceivably result in fines amounting to 10% of a company"s global turnover, not to mention the legal recourse each customer may have.?

BIFA says that it is also believed that, apart from the above, this prohibition on "price-fixing" between competitors extends to any other component that makes up the total price of the service, including surcharges, terminal handling charges and so on.

Comments BIFA Director General, Peter Quantrill: ?No one can know for certain what the impact of the demise of liner conferences in the EU will be and many of our members are understandably sceptical about the potential benefits. However, if we look at what has happened in the airline industry since de-regulation, one can reasonably expect some form of additional restructuring in the sector over the medium term and impetus to new business models and innovation. ?One can reasonably assume that this development in Europe will not have been lost on governments in other parts of the world, some of which are already considering whether to follow the EU"s lead. The abolition of liner conferences in Europe may prove the catalyst for a wider shake-up in the international shipping industry, in respect of the deep sea movement of unitised cargo.?

Mr Quantrill appeared however to concede that the end of conferences could lead to fewer carriers, saying: ? It could lead to greater market transparency and possibly to more mergers and acquisitions, especially given the prospect of a new regulatory environment at a time when a record number of high capacity "new build" vessels are coming up for delivery, against the backdrop of high fuel costs, the failure of the Doha round of world trade talks, global economic downturn and changing patterns of trade.?

Despite this Mr Quantrill still thought the end of the conference system would benefit shippers. He said: ?While we cannot expect an overnight transformation in the service level that carriers offer our sector, we might reasonably hope for gradual improvements in commercial transparency (such as on surcharges), better terms of business, improved customer service and communication, together with more accurate billing and documentation.?

This news is a total 1205 time has been read