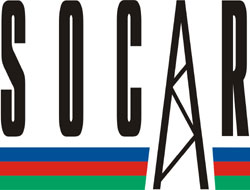 Kazakh crude oil to be shipped to international markets via Azerbaijan

Kazakh state oil and gas company KazMunaiGas has signed an agreement with Azerbaijan's state oil company on the main terms of shipping Kazakh crude oil to international markets via Azerbaijan.

KazMunaiGas, or KMG, said the agreement signed with SOCAR, Azerbaijan's state oil company, outlines main terms and principles of the Trans-Caspian project, including an agreement on establishing a joint project company, funding, tariffs and further development steps of the Trans-Caspian system. KMG said a successful implementation of the transportation project would ensure a reliable shipment of Kazakh crude oil to Azerbaijan across the Caspian Sea onboard tankers and to international markets through the Baku-Tbilisi-Ceyhan pipeline.

Kazakhstan relies on Azerbaijan as a key export route for its ambitions to boost its oil production to 2 million barrels a day by 2015 from the current daily output of 1.3 million barrels.

This news is a total 939 time has been read