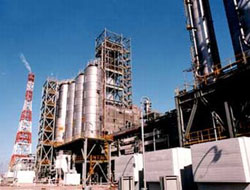 Players expect freight rates for LR and MR tankers to start rising from April on the back of increased cargo flows to both Western and Eastern consumption hubs.

?You can say with certainty that the new Jamnagar refinery's loading and output volumes are big enough to influence tonnage supply and demand to a discern-able degree,? a Singapore-based player told.

The new facilities reportedly have the capacity to process 580,000 barrels per day (bpd) of crude oil, manufacturing mostly naphtha, gasoline and diesel.

If the new facilities maintain an output of 580,000 bpd of products, up to two MR tankers could be needed every day for exportation and one aframax needed to discharge crude every day or one suezmax every two days since a suezmax can carry one million barrels on average.

According to Reliance, the new refinery will almost double the capacity of Jamnagar port to export oil products as an existing refinery has the capacity to process 33 million tonnes per year or 670,000 bpd.

Products have apparently already been exported from the new refinery since January but sources indicate that it will start processing at its maximum capacity come April.

A broker was quoted saying the new refinery's capability to refine various crude types opens up the potential of using less expensive heavy crudes like those in long-term storage from the Middle East.

India has 19 refineries including seven owned by state-run Indian Oil Corp (IOC), with a total capacity of 15.6 million tonnes per month or 3.7 million bpd.

According to the Energy Information Administration (EIA) of the US Department of Energy, Reliance would have a refining capacity of 1.2 million bpd once the new refinery was running at full capacity.

Reliance would then surpass IOC as India's top refiner, said.

Meanwhile, the EIA has reported that India is slated to add 1.6 million bpd of refining capacity through 2015 based on current proposed projects.

This news is a total 724 time has been read