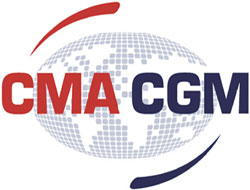 The two global carriers are extending their partnership through a new vessel sharing initiative.

More containership capacity will be culled from the North American trades next year when Maersk Line and CMA CGM team up in a new vessel sharing agreement designed to keep ship supply in line with softening demand.

The two global carriers, which already have a number of co-operative agreements, are extending their partnership through a new vessel sharing initiative that incorporates two pendulum services linking Asia and North America.

One will use the Panama Canal, and the other the Suez Canal.

No impact on the Asia-Europe or transatlantic trades

But with ships sailing non-stop to the US, there should be no impact on the Asia-Europe or transatlantic trades.

Maersk said the revised service structure, to commence in May when most new annual service agreements covering the Pacific trades begin, would remove a further 8% of capacity from its Asia-North America services.

For CMA CGM, there will be very little change to capacity into the US, said Jean-Philippe Thenoz, the line"s vice president in charge of US trades.

But there will be a considerable restructuring of its services as two vessel sharing agreements with China Shipping are terminated, along with a slot charter arrangement with the New World Alliance.

CMA CGM contributes five ships to the two services it operates across the Pacific in collaboration with China Shipping. One loop goes to the US east coast via the Panama canal, and the other connects south China with Seattle and Vancouver.

Maersk will be taking panamax ships out of service as 6,400 teu tonnage is phased in to the new string that will transit the Suez Canal. These could eventually be laid-up if market conditions continue to deteriorate, but no decision has been taken at this early stage.

Nevertheless, the latest shake-up is yet another illustration of the challenging climate for container shipping.

?These changes are made in anticipation of a more difficult trading environment in 2009 and a part of our efforts to further rationalise deployment,? Maersk said in a statement.

One of the joint strings will consist of 13 ships of 6,400 teu capacity

One of the joint strings, that CMA CGM will market under the Columbus Loop brand name, will consist of 13 ships of 6,400 teu capacity. It will start in Shanghai, and continue to Hong Kong, Yantian, Singapore, Suez, New York and Norfolk before returning via Tangiers. Seven of the ships will be operated by Maersk, and six by CMA CGM.

The second pendulum, to be called the Hudson Loop by CMA CGM, will connect Ningbo, Shanghai, Qingdao and Pusan with Bilbao, Panama, Savannah and New York before returning via the Panama Canal.

This string will consist of eight 4,300 teu vessels, with each partner contributing four.

Maersk Line vice-president Vincent Clerc said the Danish line would be axing 3,000 teu a week from its services into the North American west coast.

The net impact on capacity to the east coast is complicated by the fact that ships will be carrying a considerable amount of cargo bound for Latin America as the network is adjusted to accommodate the termination of one of Maersk"s services earlier in the year.