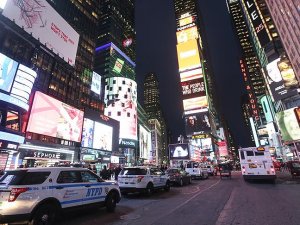 The High Court of New Zealand has quashed the Environmental Protection Authority’s green light for Trans-Tasman Resources’ experimental seabed mining operation off the coast of Pātea, in Taranaki.

The EPA had granted the company consent to dig up 50 million tons of the South Taranaki Bight seabed in a 66 square kilometer area for 35 years to mine 5,000 tons of iron ore a year.

“This area is habitat for 34 species of marine mammals, including Hector’s and Māui dolphins, humpback whales and New Zealand’s own population of blue whale,” Forest & Bird spokesman Kevin Hague says. “Trans-Tasman Resources were proposing to spend the next 35 years sucking up 8,000 tons of seafloor every hour. This activity would likely kill everything on the sea floor and severely disrupt the habitat of blue whales and other sound sensitive creatures.”

The High Court agreed with Forest & Bird that Trans-Tasman Resources' risk management model was actually “adaptive management” or “suck it and see” mining, he said. Justice Peter Churchman called it a narrow interpretation of the law by the EPA's Decision Making Committee that was inconsistent with the purpose of the Exclusive Economic Zone Act and inconsistent with a policy of precautionary decision-making.

Forest & Bird argued against the proposal alongside iwi, fishing, and other environmental groups including Kiwis Against Seabed Mining and Greenpeace.

Trans-Tasman Resources said any impact would not be significant, that the size of the mined area would be small compared with the extent of the surrounding ocean and that it was this was hardly a pristine environment, due to the passage of ships and drilling for oil and gas, reports RadioNZ.

This news is a total 408 time has been read
Tags: New Zealand Quashes Seabed Mining Operation