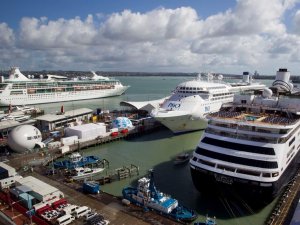 New Zealand’s cruise industry is forecast to grow in the 2015-2016 season with 33.0% increase in passenger numbers, 24.6% increase in value added and 23.8% increase in employment supported, a level of activity that New Zealand has never seen before.

The report said that the 2015-2016 season is set to welcome larger ships on average in addition to 5 ships making their maiden voyage to New Zealand.

This is reinforced by the entry of Explorer of the Seas, sister ship to Voyager of the Seas (currently the largest ship in terms of passenger numbers to operate in New Zealand) that will make 10 voyages to New Zealand.

Indications for the 2016–2017 season are also looking positive at this stage, and look set to continue the record-breaking levels set by the impending 2015–2016 season.

The Ovation of the Seas is set make its debut in New Zealand as the largest ship ever to visit New Zealand in December 2016, and Princess Cruises will have its largest ever deployment in New Zealand, with the addition of Emerald Princess.

As schedules are still being fleshed out, it is anticipated that the 2016-2017 season will continue the growth and lift New Zealand cruise records onto a higher average, the industry body continued. 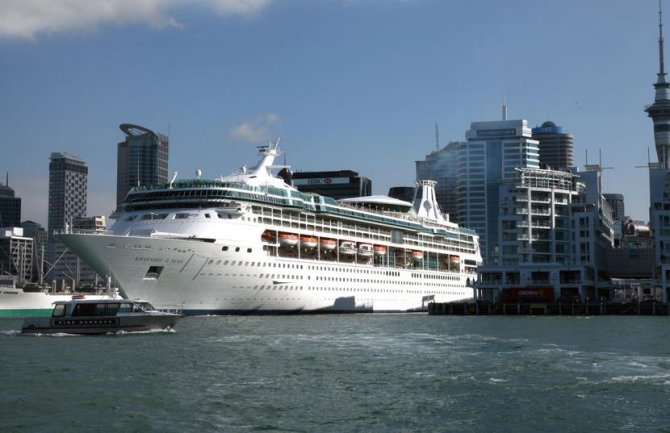 New Zealand’s Auckland tends to attract pre and post-cruise stays and more overnight stays than the other regions securing a larger share of passenger and crew port days.

However, the proposed Border Clearance Levy or Travel Tax set to enter into force on January 1st, 2016, introduced by the New Zealand’s government at the 2015 Budget, is likely to significantly limit New Zealand’s growth prospects.

“As deployment and itinerary planning has been set for the next two years, and planning is already underway for the 2017–2018 season, the full impact of the tax will be felt in the 2018–2019 season. In that year, based on conservative growth projections from current forecasts and analysis of the impact of the tax, the value of cruise to New Zealand looks set to contract by 14%, to the tune of $85.2 million in value added, and a loss of 1,629 jobs,” the report indicates.

Cruise New Zealand stressed that the impact of the tax would be enormous on the cruise sector as cruise is not a mode of transport and it has a high crew to passenger ratio (on average 1:2.7), which imposes a huge cost on cruise lines at the maximum proposed levy of $22.80+GST per crew.

Other government charges include Marine Safety Charge and the Oil Pollution Levy. Collectively, these per head charges will add to as high as $62.62 per passenger. A similar per head charge in Alaska contracted the market by 17% and from which they have yet to fully recover despite a subsequent reduction in that charge, the report explained.

“Based on discussions with cruise lines, they are likely to remove repositioning voyages and reduce home porting in New Zealand, and Cruise New Zealand anticipates cost-conscious cruise lines are also likely to exit the market. This scenario results in the forecasted loss of $85.2 million in value added and the loss of 1,629 jobs. The government hopes to recoup $7-8 million in costs and the potential loss from the impact of the tax will be ten-fold what they hope to recover,” Cruise New Zealand added.

This news is a total 6592 time has been read
Tags: new zealand, cruise, industry, growth, turkishmaritime