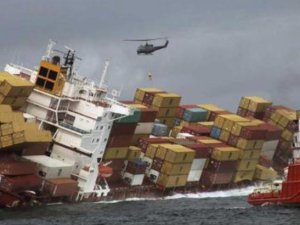 The Maritime Union of New Zealand said it was concerned about the reduction in monitoring of international shipping by Maritime New Zealand, the Government agency responsible for ensuring a “safe, secure and clean” maritime environment.

Less than half of “Priority 1” vessels (49%) coming into New Zealand were inspected in the 2014/2015 year, according to Maritime New Zealand’s annual report.

The union claims that this is well beneath the target of 70% inspections for the year, and the 82% of inspections achieved in the 2013/2014 year.

Maritime Union of New Zealand national secretary Joe Fleetwood says the monitoring and investigation of compliance by international shipping was a key role of the agency, adding that the union would be seeking assurances that inspections of vessels by Maritime New Zealand would be a top priority.

“While the rollout of the new Maritime Operator Safety System (MOSS) was an understandable focus for resources, as outlined in the report, this could not get in the way of the basic responsibilities of the agency,” the union said.

If there was a resourcing problem, then that needed to be dealt with by appropriate resourcing by the Government, not simply set aside, he says.

According to Maritime New Zealand, a greater emphasis is being placed on “engaging” with international partners to lift the quality of shipping and reduce the level of risk before ships enter New Zealand waters.

However, Fleetwood says the Maritime Union did not agree with this emphasis, stressing that the ability of New Zealand to engage with “Flag of Convenience” shipping registries such as Liberia or Panama was limited or possibly non-existent in a practical sense.

“Stringent inspections as part of Port State Control should remain the bedrock of maritime compliance”, he says.

Fleetwood added that the lessons of light handed regulation in issues of safety and compliance in recent New Zealand industrial history could be summed up by the Pike River Mine disaster and the Rena grounding.

There are still frequent and regular issues with international shipping in New Zealand waters, and the Union together with the International Transport Workers’ Federation (ITF), often had to step in to resolve issues on behalf of foreign crews, Fleetwood went on to say.