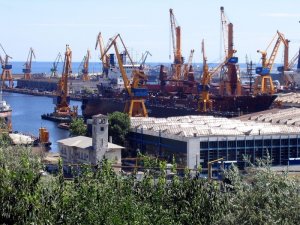 It seems that the absence of China from the shipping markets this past week has led to a pause in newbuilding ordering activity.

In its latest weekly report, shipbroker Allied Shipbroking said that “after a vivid week, with a number of notable orders coming to light, it seems as though there was a slight pause in the market with activity going quiet. With the main drivers in the newbuilding market being almost absent, there was limited talk of any fresh newbuilding projects being signed. Chinese holidays have played a role here, affecting the market, as the overall marketing push that had been noted by shipbuilders in China during past weeks, temporarily froze. On the other hand, despite this recent disruption, there is still a significant uptrend in sentiment in the dry bulk market which could easily help revamp activity over the coming weeks. A secondary driver is surely going to be the overall trends being seen in the secondhand market, with further price hikes in the dry bulk market likely to lead more and more buyers towards the newbuilding order route, while there will surely be an increase in the amount of speculative ordering that will take place as more and more enter the market and look to take advantage of the increasing premium being given for resale units against the original order price”, Allied said.

Meanwhile, in a separate newbuilding report this week, shipbroker Clarkson Platou Hellas said that it was “a quiet week in terms of business to report with national holidays in Korea and China. Whilst understood to have been concluded in September, it came to light this week that Argentine owner Interocean have placed an order for one firm plus one optional 82,000 DWT Kamsarmax Bulkers at Jiangsu New YZJ. The firm vessel is set for delivery in 4Q 2019 from China. There have been no orders to report in other sectors”, said the shipbroker.
In the S&P market, things were more lively. According to Allied Shipbroking, “on the dry bulk side, we continue to see a fair amount of activity take place, though limited drive as of yet for any significant increases in terms of prices. It seems as though the market now is waiting to get a further boost from the freight market, before any further price gains above these levels can be made. This is in part why we may have seen a buying trend towards the smaller size segments, where we still note a more enticing discount being offered. On the tanker side, the market showed a sharp rise in activity, although a large portion of the units changing hands where part of two large enbloc sales that took place. The main bulk of units where in the product tankers range, showing the overall difficulties being still faced by the larger crude oil carriers”.

This news is a total 1334 time has been read
Tags: Newbuilding ordering activity pauses on Chinese Holidays