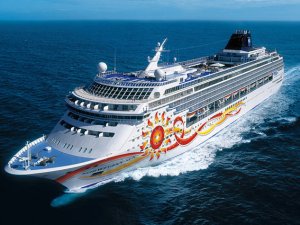 The group said that its net results increased due to the addition of Norwegian Cruise Line’s Norwegian Escape, Oceania Cruises’ Sirena and Regent’s Seven Seas Explorer as well as due to improved pricing.

In addition, the cruise operator’s earnings per share went up to USD 2.78 from USD 1.86.

“2016 marks another record year of earnings, continuing our track record of solid EPS growth, which has grown fivefold since 2013, the year of our initial public offering,” Frank Del Rio, President and CEO of Norwegian Cruise Line Holdings, pointed out.

“This solid revenue and earnings trend is expected to continue in 2017 as we are now in the best booked position in our company’s history with pricing slightly above the prior year,” Del Rio added.

In December 2016, NCLH received an approval from the government of the Republic of Cuba to operate cruises to this country. The first cruise to Cuba will set sail from PortMiami on Oceania Cruises’ Marina on March 7, 2017.

Earlier this month, the group inked a deal with Italian shipbuilder Fincantieri for the construction of four new cruise ships, with an option for two additional vessels for its Norwegian Cruise Line brand. The cruise ships are scheduled for delivery in 2022, 2023, 2024 and 2025.

Norwegian Joy, NCLH’s first purpose-built ship for China, will join the company’s fleet in summer 2017. The event will mark NCLH’s entry into the Chinese cruise market.

This news is a total 968 time has been read
Tags: Newbuildings Drive NCLH’s Profit Surge