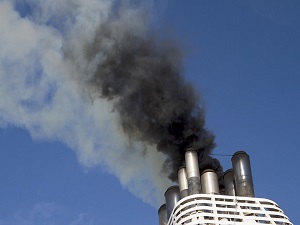 "[The] total lack of urgency was in stark contrast to the impassioned pleas for action made to delegates by the authors of the recent report of the Intergovernmental Panel on Climate Change (IPCC)," the Coalition said. The IPCC report found that a "rapid," disruptive reduction in humankind's carbon emissions is now required if the planet is to avoid warming of 1.5 degrees C by midcentury (and more warming thereafter).

“Time is running short but that’s not the feeling you get inside the room [at MEPC]," said Transport & Environment shipping director Bill Hemmings. "The commitment last April to agree and implement in the short-term immediate emissions reduction measures has fallen victim to procedure, bureaucracy and delay spearheaded by countries who were never really on board. The U.S., Saudi Arabia and Brazil head that list."

The Coalition pointed to mandatory speed reduction - slow steaming - as a leading possibility for cutting back shipping's emissions. Even as a standalone measure, industry-wide speed limits could deliver on the IMO's goal to reduce carbon intensity by 40 percent by 2030, the group said. "[Slow steaming's] impact on emissions is immediate and incontestable. The commitment of many at the IMO to genuinely reduce ship emissions is not," alleged Seas at Risk's senior policy advisor, John Maggs.