Nick Brown to Take the Helm at Lloyd's Register 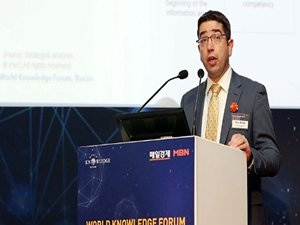 Nick Brown, the head of Lloyd's Register's marine and offshore division, will be taking the helm as the firm's new CEO effective January 1, LR announced Monday.

After 14 years at LR, including five as chief executive officer, current CEO Alastair Marsh has decided to step down from his role and and retire from the firm's board effective December 31. Marsh has a view to remain with the firm in non-executive and advisory roles going forward, LR said.

"It has been an absolute privilege to lead Lloyd’s Register over the last five years . . . I have had the pleasure to work with so many committed and talented colleagues and I am enormously proud of everything we have achieved together, supporting our clients while fulfilling our purpose to make the world a safer place," said Marsh in a statement.

Nick Brown, 45, will succeed Marsh as group CEO and join LR Group's board on January 1. In the interim, he will continue in his role as the head of marine and offshore.

"Alastair is an exceptional business leader who has transformed the company during his tenure . . . Following the significant investment in new systems and processes, LR is a far more agile and customer-focused organization, with a strong growth platform in innovative digital services, whilst also achieving greater operational excellence. The company has also diversified its portfolio through acquisition, expanding into new industries," said LR chairman Thomas Thune Andersen. "As the company writes its next chapter, this is a logical time for change and Nick has all the right qualities to lead us to further success."

Brown's successor at LR Marine & Offshore will be announced at a later date.

This news is a total 2012 time has been read
Tags: Nick Brown to Take the Helm at Lloyd's Register